We recommend you pre-purchase your tickets to avoid disappointment. Our best valued ticket is a 4 Parks Pass where you get to enjoy 4 attractions over 6 months, revenue raised is invested into vital research, environment, and education projects. If you feel unwell, please reschedule and stay at home. Thank you!

Phillip Island Nature Parks has a world-class penguin research centre offering an outstanding environment for scientific investigation. Research plays an important role in protecting the little penguin population on Phillip Island for over 50 years. As penguins spend 80% of their time at sea but have to return to land to breed, our penguin research includes studies on land and at sea.

A challenge for little penguin conservation and management is to understand where penguins spend most of their time – the sea – and potential threats in the ocean environment.
During the penguin breeding season, Phillip Island Nature Parks’ researchers track little penguins to find out where they are fishing. The satellite tracking showed that most of Phillip Island’s little penguins fed within 50 kilometres of the Phillip Island colony. Some penguins over winter have been tracked heading west towards Portland in Victoria or into Port Phillip Bay near Melbourne city.

Penguins are top predators that are sensitive to ecosystem variations that could result from environmental changes. This research aims to provide fine-scale data to monitor marine prey abundance in relation to environmental changes and is an important step to monitor the future of Little Penguins in the rapidly changing marine system of south-eastern Australia. 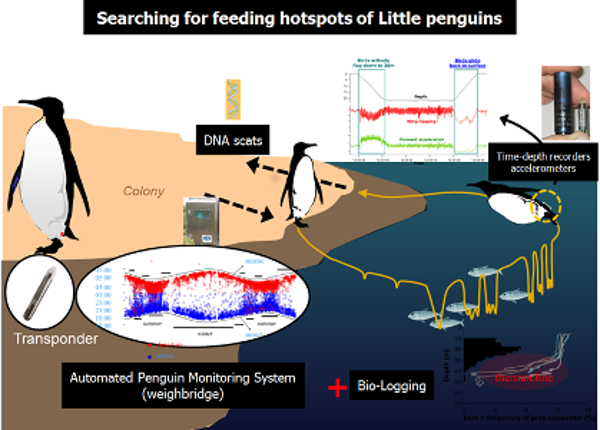 The innovation in this project lies in the synergy of combined latest techniques summarised in this figure. We are examining simultaneously where penguins go, how much food they eat and what prey they eat, and then determine their foraging hot spots, a tool to improve penguin conservation at sea.

By the 1980s nine of Phillip Island’s ten penguin colonies had become extinct.
Population studies of Phillip Island’s little penguins in the 1980s showed that land-based threats such as habitat destruction from housing development, traffic through the penguin colony at night, fire and domestic pets were having a significant impact on Phillip Island’s last remaining penguin colony. Predictions from the impact of such threats suggested the Penguin Parade would be wiped out by the late 1990s.
In response to the research, the Penguin Protection Program was initiated and the Victorian State Government began buying back homes in the Summerland Estate, located in Phillip Island’s last remaining penguin colony on the Summerland Peninsula.
The extensive conservation work undertaken since the 1980s has resulted in an increase in little penguin numbers from 12,000 in the mid-1980s to an estimated 32,000 in the present day.
Research into little penguin threats continues, including investigating the threat of pests such as foxes and the impacts of climate change. 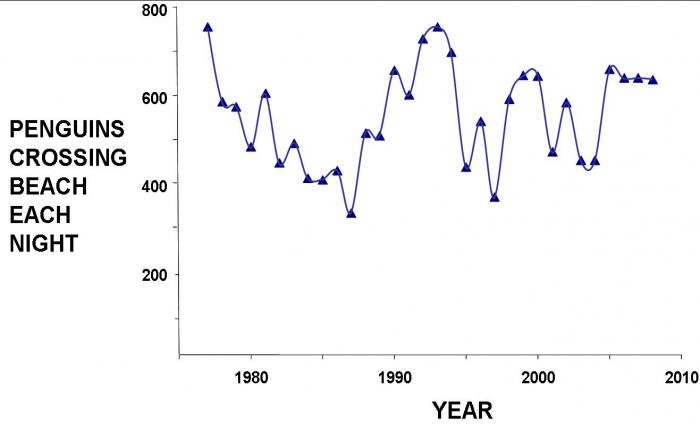 The breeding success of Phillip Island’s little penguins is monitored at study sites across the colony. The average number of chicks fledged per breeding pair is estimated each year. 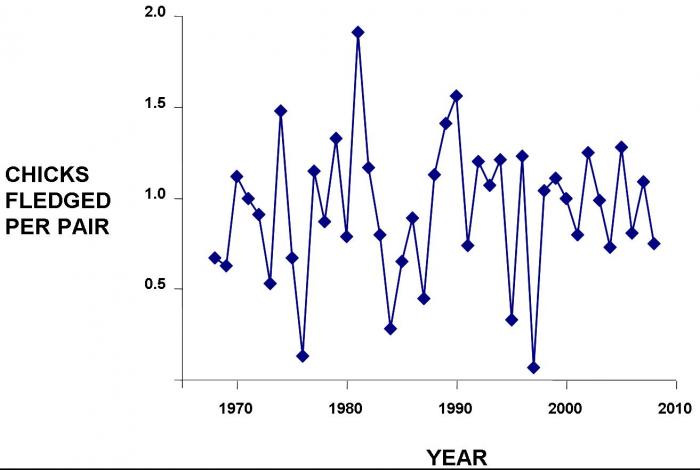