The annual short-tailed shearwater migration is due to begin in mid to late-April, and Phillip Island Nature Parks has again joined forces with VicRoads to increase the chicks’ chances of successfully departing the island, and to increase the awareness of motorists to potentially hazardous driving conditions.

“We expect most of the shearwater fledglings will depart sometime between April 18 and May 10,” said Jodi Bellett, wildlife rehabilitation officer at Phillip Island Nature Parks. “During that time birds may end up on the roads at night as they learn to fly, and of course this can cause a hazard to not only the birds but to drivers as well”

The Nature Parks will implement several road safety initiatives including lowering speed limits on affected roads to 40km/h, placing electronic message boards, and installing a VicRoads supplied mobile billboard to let motorists know that there may be shearwaters on the roads.

The birds are known to flock to the San Remo bridge lights, so in conjunction with SP Ausnet, the bridge lights will be switched off as in previous years for up to 8-10 nights some time around or after April 25, historically the peak of departure.

“Nature Parks’ staff and a dedicated band of volunteers will be patrolling areas where the birds are likely to land on roads, particularly around Surf Beach, Cape Woolamai and near the Penguin Parade,” said Jodi.

“Since the inception of the Shearwater Rescue Patrol in 1999, thousands of birds have been saved from the roads as they attempt to fly. We hope that with the support of Bass Coast Shire Council, VicRoads, SP Ausnet and the local community, this year we will be able to continue to reduce the number of bird injuries and deaths, as well as reduce the risk to drivers on our roads at night.”

Short-tailed shearwaters arrive on Phillip Island in September and spend the summer raising their single chick in a sand dune burrow. They undertake one of the most incredible migrations, flying approx. 16,000km to feed near Alaska during our winter. Adults begin their migration in early-April, the fledglings leave about three weeks later with no guidance. Many of these birds are killed each year on the roads at night. Shearwater Rescue is an initiative to reduce these deaths. 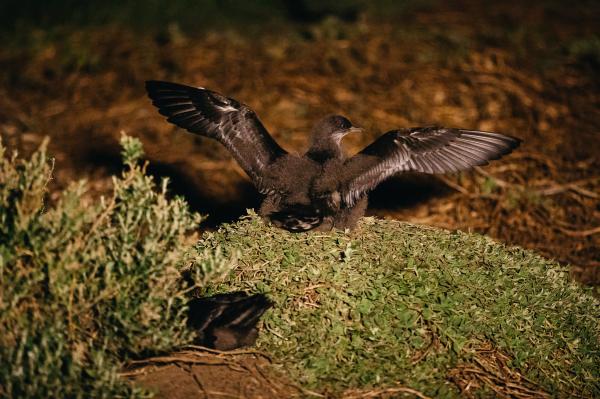 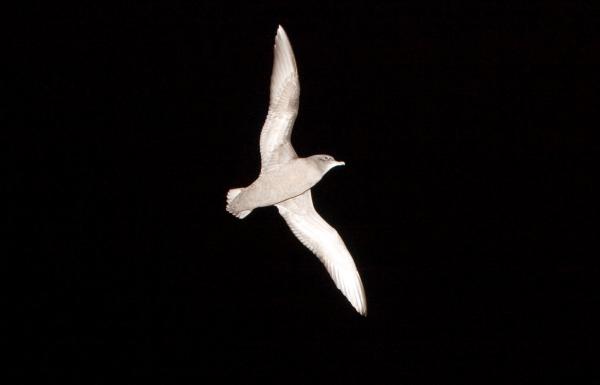 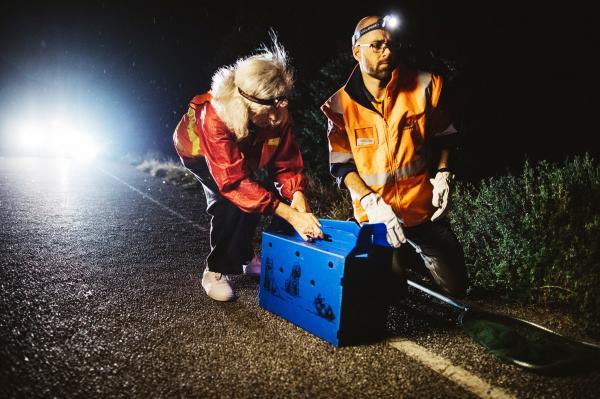 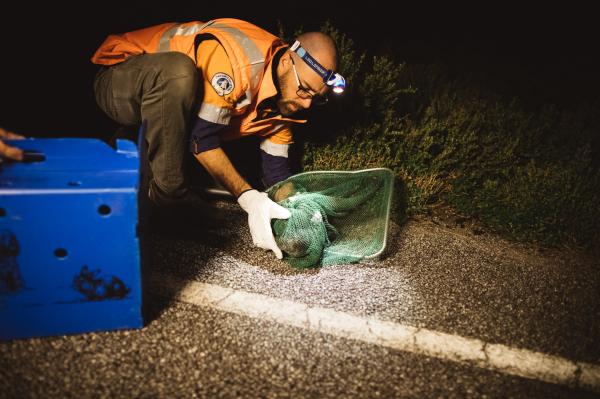