A guide to Bush Stone-Curlew

The Bush Stone-curlew is a ground dwelling, nocturnal bird with prominent yellow eyes that are ideal for night time hunting. It has grey-brown colouring on its upper region with a white belly and black streaks throughout. Its long legs give it height and fast mobility to observe and avoid predators. The Bush Stone-curlew is most well known for its haunting call, which has been described as a high-pitched wail. Found throughout most of Australia, numbers have drastically reduced in south-eastern regions since European settlement, their status is now Critically Endangered in Victoria. 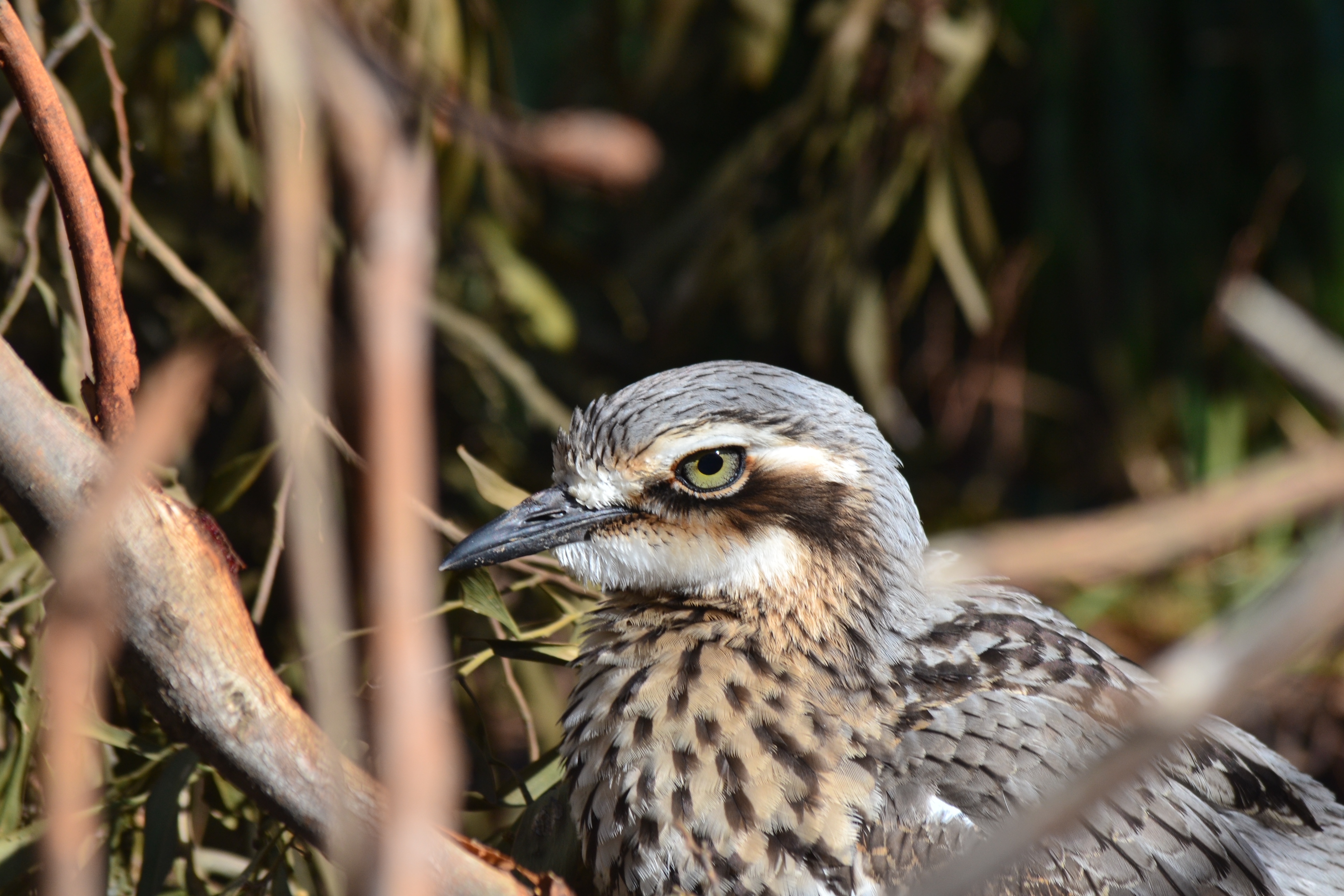 During the day, the Bush Stone-curlew spends time by its roost site amongst leaf litter and fallen limbs in grassy or open woodlands. This not only provides them protection from the weather, but is perfect for camouflage due to their similar colouring of the surrounding bush. If threatened during the day, the Bush Stone-curlew will crouch down or freeze and is very hard to spot. They may have as many as five different areas they can roost, all with good visibility of the surrounding area so they can keep track of any approaching threats. At dusk they head out and begin foraging in open areas for food, often travelling one or two kilometres away from their roost site. Bush Stone-curlews have been observed to occupy the same breeding territories for their whole life.

Bush Stone-curlew’s are primarily insectivorous. They have three long forward facing toes that they use to browse through soft soil and leaf litter for a wide range of foods. They will eat insects, spiders, reptiles, small rodents and frogs but will also consume roots, seeds and tubers. Their foraging occurs at night where they will use their hard pointed beak to help them catch fast moving prey.

The Bush Stone-curlew becomes sexually mature at 2-3 years of age. Courtship rituals begin around August-September with couples repeatedly ‘dancing’ with outstretched wings, stamping feet and calling to each other. Breeding pairs will be observed at nest sites where they will remain until a clutch is laid, with 1-3 clutches a season and each clutch usually containing two eggs. Eggs are laid into a small scrape on the ground in an area that has good visibility of it’s surrounds. Incubation of the egg is 22-30 days with both parents contributing to the incubation and care of the chicks, vigorously defending their young from predators. The chicks feed themselves from day one and it is approximately 8-10 weeks until they can fly. They can stay with their parents from anywhere between 3-9 months, depending on whether they are from the first or second brood.

In 2019, Phillip Island Nature Parks launched a 30-Year Conservation Vision - Beyond the Horizon which recognises the unparalleled opportunity for the organisation to contribute to significant conservation milestones for Victoria through rewilding and protecting threatened species of flora and fauna. Stemming from this is a Threatened Species Plan, which was developed in consultation with key stakeholders representing a diverse range of parties involved in living with and managing threatened species on Philip Island (Millowl).
This plan looked at current vulnerable species, as well as recovering threatened fauna that were once found on Phillip Island (Millowl), of which the Bush Stone-curlew has been recognised as a priority species. The overall objective of this rewilding project is to reintroduce and increase wild Bush Stone-curlew numbers, monitor their recovery and secure their long-term future through establishing a breeding population on Phillip Island.

Looking to the Future

The Australian Government’s Threatened Species Strategy identifies creating safe havens as one of its priorities for action. Safe havens are areas where key threats to plants and animals can be removed, not just managed. They provide long-term protection, giving at-risk species the space needed to recover and increase their populations. It is also essential to provide the correct environmental conditions for threatened species by reducing threats to ensure ongoing sustainability and viability.

Keys to the success of the Threatened Species Program include:
• Securing sustainable resources for a long-term program
• Maintaining the fox-free status of Phillip Island (Millowl)
• Continuing to work towards a feral-cat-free Island and responsible cat ownership by demonstrating 24-hour domestic cat containment
• Maintaining stakeholder and community engagement through the implementation of the Nature Parks’ Threatened Species Communication Plan and volunteer participation
• Establishing Threatened Species Recovery group/s or equivalents – involving key partners and stakeholders
As a conservation community, we need to communicate effectively, driving a co-ordinated effort to make sure we are giving our threatened species the best chance of recovery. 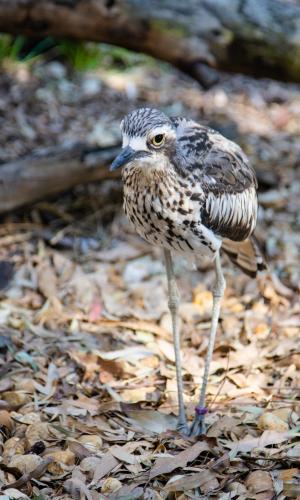 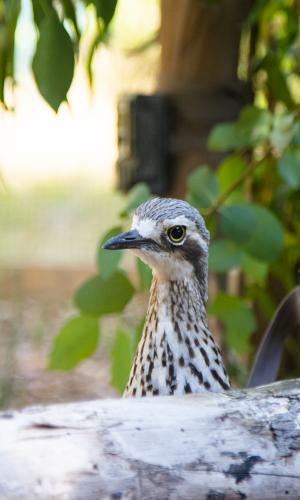