All about the Australian fur seal

The Australian fur seal is the largest of eight species of fur seal in the world. They have two layers of fur, a longer outer layer of guard hairs with a fine underfur for warmth.

All seals belong to a group of mammals called pinnipeds. Fur seals are otariids (eared seals) that have tiny ears and use both pairs of flippers when ‘walking’ on land, unlike phocids (true seals), which have internal ears and can’t use their rear flippers for ‘walking’.

Although they can breathe on land, Australian fur seals prefer to live in the water and spend weeks feeding at sea. As you can imagine, they’re very good swimmers!

Read on to learn more about the amazing Australian fur seal.

A history of Australian fur seals

In the early 1800s, seals were hunted throughout the Bass Strait region including Seal Rocks. Sealers became the first Europeans to live in Victoria in order to pursue the seals. In order to protect a dwindling seal population, the Government created a wildlife reserve at Seal Rocks in 1928 and killing seals was banned in Victorian waters in 1975. It has taken a long time for the Australian fur seal population to become healthy again.

Today, Seal Rocks (1.8km off Phillip Island) provides an important breeding area and nursery for around 30,000 Australian fur seals, which is about 25% of the total population. At any given time, there are between 5,000 and 8,000 seals on Seals Rocks!

A day in the life of an Australian fur seal

Seals spend their days swimming, rolling and diving for octopus, squid, cuttlefish and fish. If their prey is too large to swallow, they will take it to the surface where they will toss it around, tearing off pieces of flesh with their teeth. They have excellent underwater vision and can dive to 200m, spending a lot of time feeding on the bottom of the ocean. It is thought they are able to detect vibrations from prey with their sensitive whiskers.

After seven to ten days fishing out at sea, Australian fur seals return to their colony to rest for two or three days. The number of seals seen at Seal Rocks varies with time of year, tide, temperature, time of day and weather. For example if conditions are rough at sea more seals come ashore to rest, but in calm and hot weather more seals go swimming.

A year at Seal Rocks 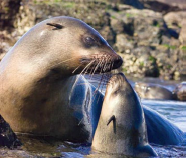 The circle of life for Australian fur seals

Seal pups are born in late spring, with each female producing one pup. A week after giving birth, she mates and becomes pregnant again for the next 12 months. Pups are born with a soft, black ‘lanugo’ coat that is not waterproof.

They typically stay on land until they are a few weeks old, when they begin to play in the rockpools and shallows. They spend more time in the water as they moult into their silver waterproof fur. They are dependent on their mother’s milk until they are eight to ten months old.

The female alternates between feeding at sea and resting ashore while feeding her pup. When the cow is at sea feeding, the pup remains at the colony. As the pup gets older, it spends a lot of time swimming and playing with other pups, learning the skills to survive for independence. Usually by 10 -11 months, the pups are weaned and they must catch their own food.

Female seals mature at three or four years of age and may raise a pup every year until they die. They generally spend up to 11 months feeding their pup, but in some cases they will continue feeding both new pup and juvenile at the same time. This means she may have to spend more time fishing to provide enough milk for both young.

Males mature when they are about six years of age but are not big enough to hold breeding territories until they are about nine years of age. During the non-breeding months, males will travel long distances on foraging trips, building up their size. They need to ensure they are big enough to return to the colony and hold a territory against other bulls that may challenge them. 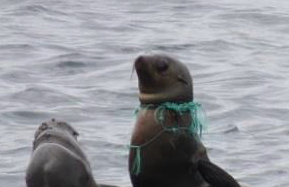 Since 1966, small research teams have visited Seal Rocks to study the seal’s reproductive behaviour and diet and many seals were tagged for identification. Phillip Island Nature Parks continue to study the diet and foraging behaviour.

Phillip Island Nature Parks are continuously looking into ways to ensure that the Australian fur seal population at Seals Rocks remains healthy. You can help too by making sure that rubbish goes into the bin rather than entering our waterways. Reducing the impact of marine debris in the ocean not only helps our Australian fur seals, but all marine life. 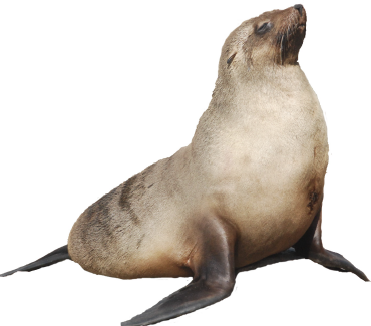 Fur seals by the numbers

We've partnered with Wildlife Coast Cruises to bring you a spectacular 2-hour coastal cruise to visit one of Australia's largest colonies of fur seals, at Seal Rocks off Phillip Island. Find out more here.