All of our attractions are open. Our best valued ticket is a 4 Parks Pass which includes booked entry to the Penguin Parade, plus open-dated entry for up to 6 months from date of booking to the Koala Conservation Reserve, Churchill Island and the Antarctic Journey at the Nobbies. Revenue raised is invested into vital research, environment, and education projects. If you feel unwell, please reschedule and stay at home. Thank you!

What’s happening in nature on Phillip Island during summer?

Summer is a wonderful time on Phillip Island, with wildlife in breeding mode and migratory birds feeding and breeding on our shores.

It’s been a very positive start to the penguin breeding season. The Nature Parks’ research team is not concerned about a big drop in the number of chicks in burrows – because the first lot of chicks have already grown and gone to sea. They also report that the penguins aren’t wasting any time and up to 60% of burrows at the Penguin Parade have adults at home, suggesting that they are gearing up for another breeding attempt. Fingers crossed! 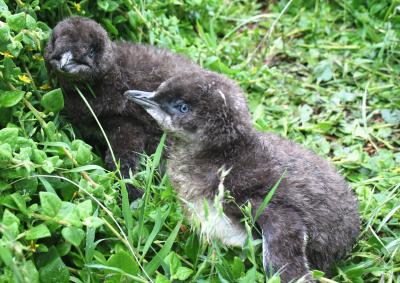 After completing their journey from Alaska’s Bering Strait and returning to Phillip Island to renovate their burrow and mate, the Short-tailed Shearwaters have taken off on another epic feeding trip to waters around Antarctica. This two-week “honeymoon” is important to build up fat reserves before the female lays one egg and the male takes the first incubation shift. They then share the approximate eight-week incubation duty in their sand dune burrows. During the honeymoon period, the birds are noticeably absent, and we look forward to them returning to our skies and dunes very soon. 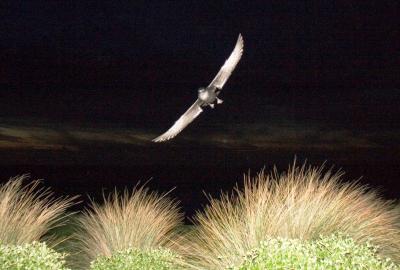 Australia’s largest fur seal breeding colony is right on our doorstep at Seal Rocks. Late October marked the beginning of the breeding season with huge bull seals arriving, bulked up and ready to fight to protect their territory and harem of females. Females also started to wean their pup from last summer before the birth of their new pup.

From late November through December, around 4,000 pups are born on Seal Rocks each year and many die in the first month of life. Another dangerous period is when the pups are being weaned in Spring. Until this time, the pups have been nourished by their mother’s milk and learning how to catch food for themselves. Not all are able to survive when they leave their mother and are on their own. So, over the next few months, you are more likely to see live or dead (mostly young) seals on our beaches. If alive, the best thing we can do is let it rest. Regulations state that, if you encounter a seal on a beach or in the water that you must keep 30 metres away and if you have your dog on a lead, you must keep 50 metres away – thank you for doing your part to share our beaches.

It’s common in spring to notice glistening scatters of tiny, diamond-shaped clear objects along the high tide line. Many people think they are jellyfish, but they are a kind of sea squirt known as a salp.

Salps are marine animals that feed by filtering plankton and algae and move using one of the most efficient examples of jet propulsion in the animal kingdom. They also have a complex life cycle, growing so fast that they can grow to maturity in 48 hours and are thought to be the fastest-growing multicellular animal on Earth, increasing their body length by up to 10% per hour. This quick turnaround time enables salps to take advantage of algal blooms, increasing their population size rapidly when there is a sudden abundance of food. These animals play an important role in cycling nutrients through the different depth zones of the ocean and also provide food for Phillip Island’s birds along the shores. 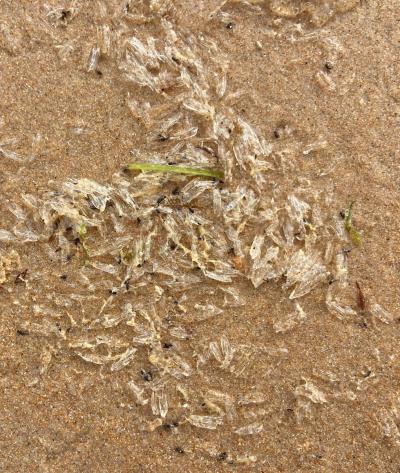