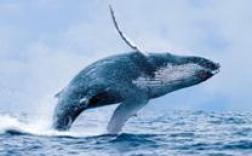 WWF is one of the world’s largest and most experienced independent conservation organisations, with over 5 million supporters and a global network active in more than 100 countries.

WWF in Antarctica and the Southern Ocean

For decades WWF has worked to conserve the natural wonders of the Antarctic, and millions of whales, penguins and albatross that live there.

WWF-Australia’s current work in the Antarctic focuses on building a network of marine protected areas, new initiatives to protect wildlife such as whales and seabirds, securing sustainable fisheries management, and responding to the challenges of climate change.