Penguin Parade bookings ESSENTIAL during the holiday season, as we often sell out at this busy time. Please allow extra travel time, and please note we may use a shuttle transfer from/to our overflow parking area once the carpark is full.

Phillip Island National Surfing Reserve recognises the outstanding surf along he shores of Phillip Island together with the long rich surf culture and history associated with those waves, that date back to the late 1950s and early 1960s.

Phillip Island is the proud home of Victoria’s only National Surfing Reserve which was dedicated on Saturday 16 March 2013 for the surfers of yesterday, today and tomorrow...

Phillip Island is a unique, world–class destination, with a rich surfing history and a wave for all kinds of weather and abilities.

The Reserve’s motto is Share, Respect, Preserve and it is made up of four sites along Phillip Island’s coast: Cape Woolamai, Smiths Beach, Summerland and Cat Bay.

Some breaks are significant for their exceptional waves, and others for their history and importance in providing safe breaks for teaching the surfers of the future. Phillip Island is also special for its Aboriginal and natural values and all surfers must play a role in protecting these.

Our community was instrumental in establishing the Surfing Reserve. Since its establishment, this dedicated group has worked to promote and protect the reserve and its values. The group is made up of representatives from Phillip Island Nature Parks, Bass Coast Shire Council, Phillip Island Boardriders Club, Woolamai Beach Surf Life Saving Club, Plastic Free Phillip Island and community members.

The group also develops and maintains an archive of Phillip Island’s surfing history dating back to the 1920s. 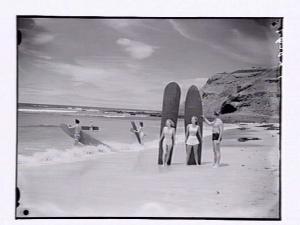 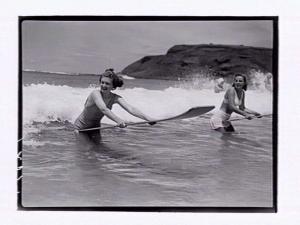 Phillip Island National Surfing Reserve’s annual team challenge was held on Saturday 23 February 2019 and surfers of all ages and styles.  Now in its sixth year, the event has become a favourite in the surfing calendar due to the diverse team make up and tag team format and reflects what surfing and the Reserve are all about - fun, family, community and great waves.
Team Crushers captained by Nick Fostin has won the sixth Phillip Island National Surfing Reserve Teams Challenge and Dave Fincher Memorial Trophy at the event held on Saturday 23 February 2019. Glorious weather and the majestic backdrop of Cape Woolamai surrounded all of the surfing action as nine teams battled it out. The classic Woolamai conditions were challenging at the start of the comp but improved on the rising tide. “For six years we’ve been chipping away at this title,” said Nick Fostin as he accepted the Dave Fincher Trophy, presented by Dave’s daughter Michelle. 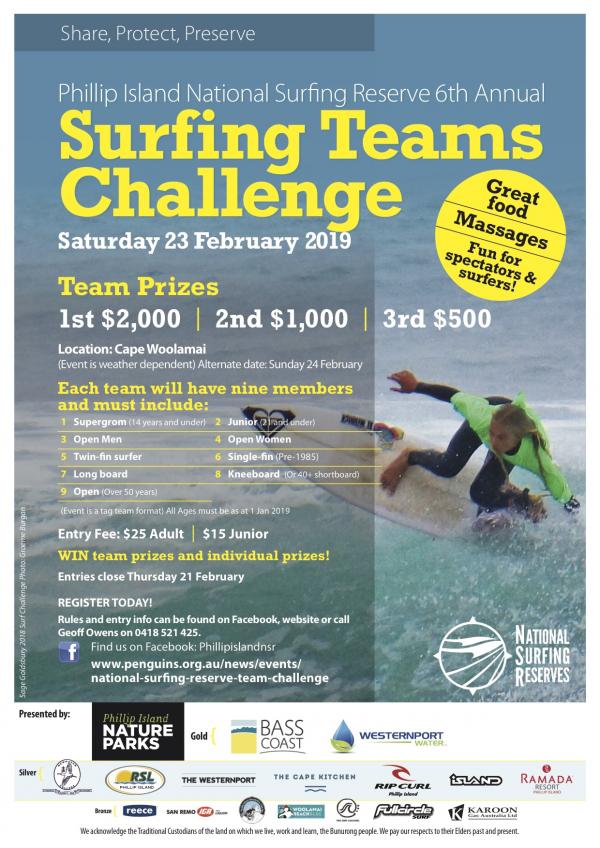